Why I love A Tribe Called Quest 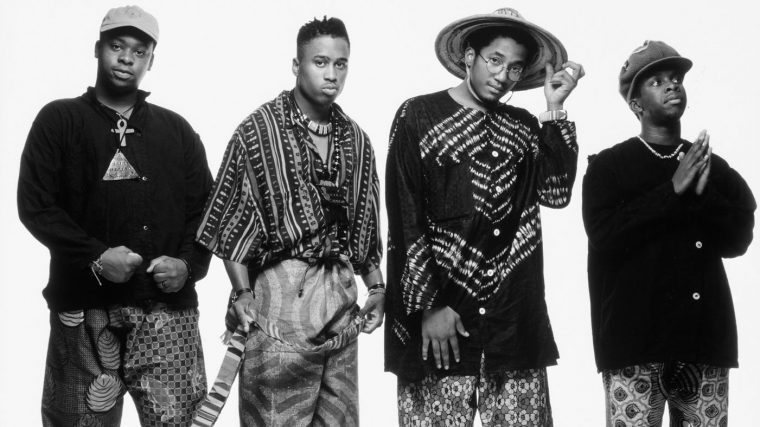 The first “poem” I wrote was a verse-by-verse cover of A Tribe Called Quest’s “Butter,” from The Low End Theory. I put “poem” in quotes because I really didn’t know what I was doing – I was just really enthralled with the rhyme style of Phife Dawg.

The year was 1991, and I still had a headache from my adolescent obsession with hair metal. Tribe’s music saved me. In many ways, hip-hop saved me. It lead me into poetry, and sparked my love of jazz.

The Low End Theory is still my favorite hip-hop album. We all know that anyone’s “favorite” movie or album is usually intertwined with adolescence (re: nostalgia), but The Low End Theory is really one of the best albums I’ve ever heard. It is funny, clever, hip and radical.

After The Low End Theory, I went backward and listened to People’s Instinctive Travels and the Paths of Rhythm, which came out the year before. That album is also a masterpiece, because it felt like the cool cousin to De La’s trippy 3 Feet High and Rising.

That whole era of hip-hop – which Tribe continued with Midnight Marauders, Beat’s Rhymes and Life and the underrated The Love Movement – largely defined my listening experience in the 90s. Ani DiFranco, Tori Amos, Prince, PJ Harvey, Smashing Pumpkins, NIN and Tribe. If I wasn’t listening to one of those artists, then I was listening to artists who sounded like them. Tribe inspired so many artists in my collection – Digable Planets, The Roots, Arrested Development, etc.

Tribe felt safe, but hip enough to still have an edge. I wasn’t angry enough to listen to NWA. Public Enemy was always an influence of mine, but I didn’t really connect with them, musically.

Hearing the news of Phife’s death really hit me hard. I’ve trusted his voice for 25 years. 25 years of poetry, 25 years of brilliance, 25 years of clever rhymes.