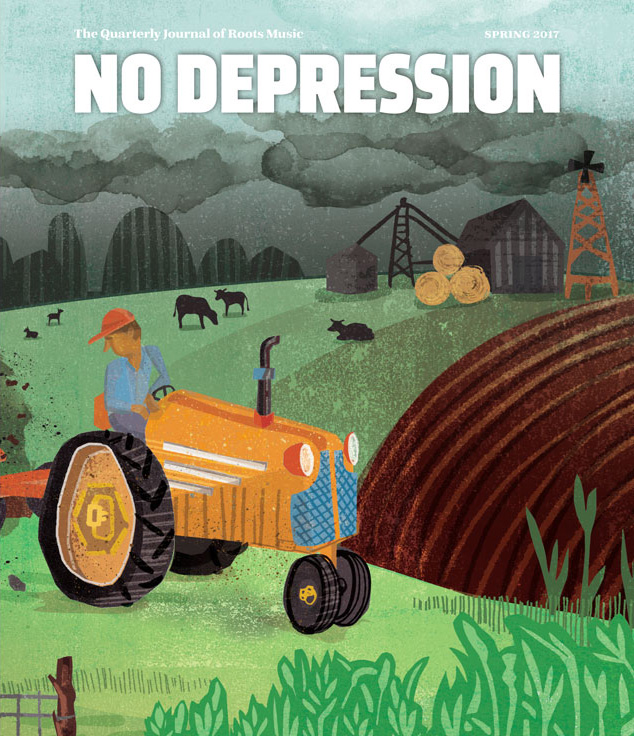 The new issue of No Depression is out! It’s probably the sexiest thing that I’ve ever designed. Info is below:

The Spring 2017 issue of No Depression, “Heartland,” explores the stories and music that thumps, picks, and breathes between the coasts. While mainstream music critics focus on cities like New York, Los Angeles, and Nashville to learn about rising stars and buzzworthy music, artists in cities like Cleveland, Chicago, Detroit, Milwaukee, Omaha, and Iowa City are making some of the purest, most honest roots music around. What’s more, artists from the coasts are increasingly touring the heartland — and some are even moving there — to find inspiration in the region’s big skies, honest people, and rich musical legacies.

Heartland Rock with John Mellencamp, Bob Seger, and Kansas / The influence of Hee Haw and Branson, Missouri / Native American music in the Dakotas / The unknown story of Indiana’s Gennett Records / The musical pipeline between Chicago and Austin / Why singer-songwriters like Jesse Sykes and Lissie are moving to Iowa