All of my purple life 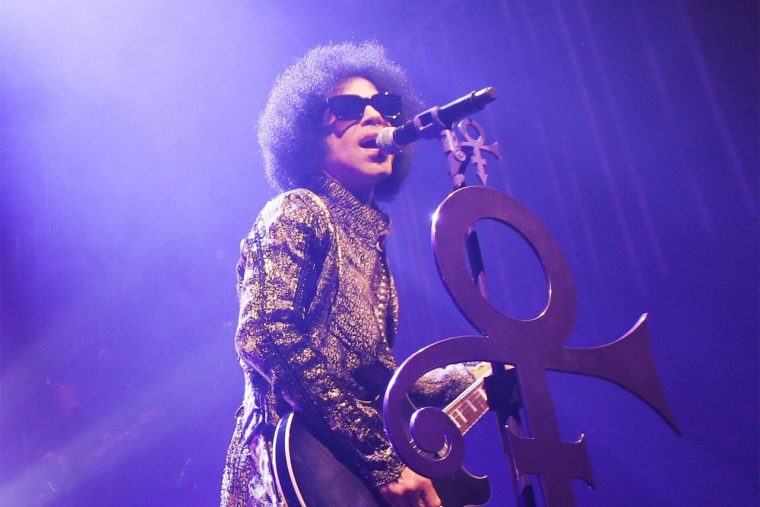 Thoughts from a mega fan. My speech at the Charleston Music Hall, prior to a showing of Prince’s “Purple Rain” on May 18, 2016.

I don’t have a good memory. I have a hard time recalling names and moments from my past. Sometimes, it’s hard for me to remember what I did last weekend, much less what happened when I was a kid.

But if you ask me anything about Prince, I can tell you the exact year and the minute details of a purple event.

Here’s a few examples. In 1979, my dad played “I wanna be your lover” to his only son – a three-year-old boy with an afro and an innocence to the world around him. In 1987, I was at a mall in Ft. Meade Maryland, and was surprised that my parents allowed me to purchase the Lovesexy album, which featured a nude Prince on the cover, draped in flowers.

In 1989, we were living in Okinawa, Japan. The Batman soundtrack came out, and I had a hard time convincing my hard rock loving friends that Prince was relevant to their world.

In 1992, we were living in Texas and I distinctly remember spending nights with my headphones and the “Love Symbol” CD, trying to decipher the meaning behind the song “7.”

In 1996, I skipped classes at USC to wait outside of Best Buy for Emancipation – Prince’s three-CD opus that he said was the album he was born to make.

The late 90s and early 2000s saw Prince release a gold mine of great albums … his 1997 release, Crystal Ball, was the first album I ever downloaded from the internet. He also put out full jazz albums, a folk record and even a CD of classical music. I was obsessed, even though a lot of that music flew under the radar.

In 2010, I asked my best friend to get his cousin in Germany to purchase the German edition of Rolling Stone because it contained a ultra-limited Prince CD attached to the magazine. One year earlier, I completely became engrossed with the LotusFlow3r album. I played it for all of my friends, made CDs for people and was absolutely dumbfounded that Prince’s newer music wasn’t as popular as his hits in the 80s.

And I remember April 21, 2016. Sitting at lunch in Charleston, South Carolina when I received a phone call from a fellow Prince fan, telling me the news of Prince’s passing.

Where does Purple Rain fit in all of this? As you know, Purple Rain was the lightening bolt spark that enlightened the whole world, including me. When it was released in 1984, the world was already aware of the little genius from Minneapolis with a high voice and high heels, but we still didn’t know what would hit us. “1999” came out the year before, and produced major hits. But nothing could have prepared us for what Purple Rain brought to our universal conscious.

Truthfully, I love Purple Rain, but it’s not my favorite Prince era. And truthfully, it wasn’t his, either. Thirteen years after this film and album, he released a song called “Don’t Play Me,“ in which he sings “my only competition is me, in the past.” This era, in the mid-to-late 90s, is when he released the “Emancipation” album. He was finally free of his past and started to take more control over his career. He swore off cussing, and also changed the lyrics to a lot of his old songs. The song “Sexuality,” for example, became “Spirituality” when it was performed on stage. The lyrics to “Get Off” – “twenty-three positions in a one-night stand” were changed to “twenty three scriptures in a one night stand.” Here’s a lyric from a song he wrote nearly a decade after Purple Rain: “I’ve seen the top and it’s just a dream. Big cars and women, and fancy clothes. Will save your face, but it won’t save your soul. I’m here to tell you, there’s a better way. Would our Lord be happy if he came today?” He even refused to sign his early his albums, because he didn’t feel like they represented who he was after his evolution.

There’s a false narrative in our society about age. Ageism is a damaging disease, just like sexism and racism. As Prince got older, he got wiser. And better. Two of his last albums, Plectrumelectrum and ArtOfficialAge (released in 2014), are some of the finest examples of his growth and experimentation. Those albums are just as edgy, weird and funky as his music from the 80s.

But, Prince was always aware of the power of Purple Rain. And that’s why, I think, it’s the album that is referenced the most. It’s the reason he always performed the title track at his concerts. He always knew how to please a crowd, and there’s no denying the pure power and emotion of the songs on his 1984 masterpiece. It still gives me chills. It still takes me back to my childhood. I am still amazed at the music he was able to produce during this time period. While producing Purple Rain, he also wrote and recorded albums by The Time, Sheila E, The Family and more. All of those albums are classics.

So remember, when you are watching this movie and listening to this music, you are witnessing a man who had yet to reach his full power. How scary and crazy is that? Because man, this album and this movie are great. There are so many memorable moments, that changed the shape of music forever.

So please – watch this movie and listen to this music and ENJOY IT. But, also remember that he kept evolving. Let it inspire you to keep moving forward.